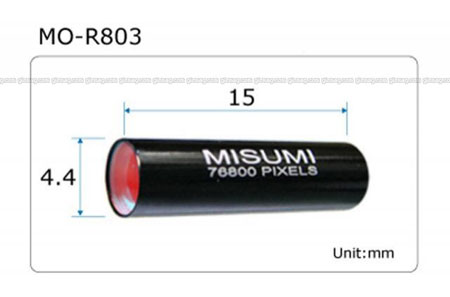 Misumi Electronics Corp. is a fast growing manufacturer of Surveillance equipments based in Taiwan.  They apply the latest CMOS Image Sensor Devices, that is, camera on a chip for designing and manufacturing video cameras to make the world’s smallest cameras for security and surveillance purposes. The technology used for making the world’s smallest camera is very high and they try to minimize the size of the cameras and at the same time produce crisp and clear pictures.  The design is usually very small and sleek and allows for various applications such as medical, video conferencing, microscope, video email, PC multimedia, Toys, pipe an well inspection purposes and of course security and surveillance purposes.

The tiny eye of the world’s smallest camera is less than ½ cm and can be used for many diverse purposes such as a handy pipeline inspection device, a spy and surveillance tool etcetera.  It is just a tiny cylinder that measures about 4.4 mm in diameter and 15 mm in length.  The world’s smallest camera Misumi MO R803 has other features such as LED light so that you can do the filming in dark places and is waterproof as well as focus adjustable.