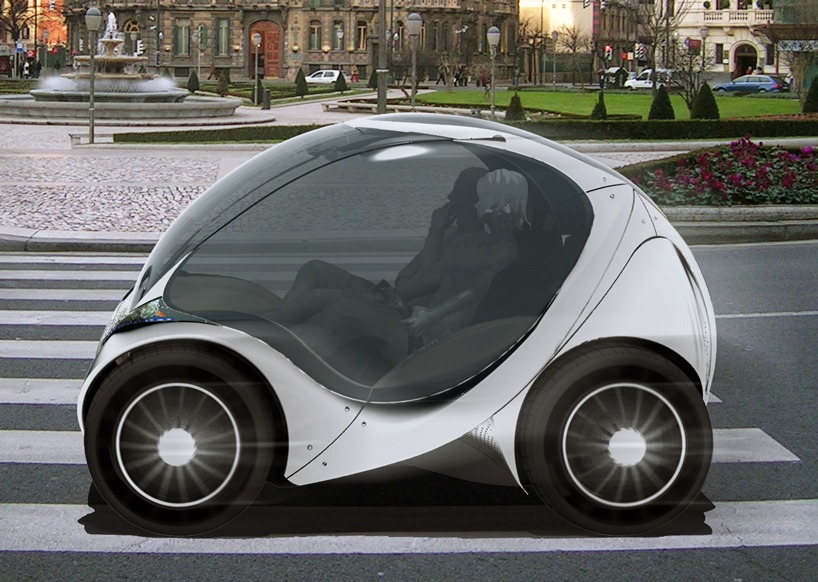 The horizon of the automobile industry has expanded now with the arrival of a new electric car, called the Hiriko. Hiriko is a futuristic car, which may be a boon to the people living in urban areas. The reason is that, urban cities in all parts of the world face a common problem of parking congestion in public places. Hiriko car has come up as a solution for the parking limitations that the big car owners face. Hiriko can fold itself literally and can help a lot in parking, even in a congested place without any problems.

The designers of Hiriko are the researchers from the MIT Media Lab located in Spain. The designers say that they have designed and developed this compact electric car in order to overcome the problem that the urban people currently face in parking their vehicles. The designers have even named the car with an apt word ‘Hiriko’, which means ‘Urban Car’ in the language of Basque. Seven other automobile technology firms have also joined hands with MIT Medias labs to develop this foldable electric car. A team of designers and engineers from these firms has worked together on the design and prototype and has converted the idea into physical means. After the completion of development, Hiriko has now attained its shape and form with one hundred inch length. The electric car, currently, has the seating capacity for two members. There are two outstanding features or characteristics of Hiriko. The first one is its unique nature of folding itself according to the space of parking. The car can fold itself to a maximum extent of 60 inches. The second one is being an electric car. The designers of Hiriko have built this folding car in a unique way, which is feasible commercially. They have integrated the electric motors, brakes and steering functionalities in the wheels. Thus, Hiriko is able to save a good amount of space, and, it is able fold itself without any issues to the component mechanisms. In addition to reducing the parking space, the designers have also succeeded in achieving the digitalization of car’s entire system management. Thus, one can manage the car’s systems digitally with the help of a drive – by – wire system. Hiriko cars use lithium ion batteries as a source of electric power. The designers have efficiently placed the batteries in the floor of the vehicle to increase the dynamics and design simplicity. The lithium batteries also help the electric car to achieve a good driving range of 75 miles approximately. The speed of this folding car does have a limitation, however. The car can move only at the average speed preferable in cities. Thus, using Hiriko for long drives in the high – speed roadways may not be possible. However, if compactness and comfortable city usage is one’s wish, then Hiriko can still be the best option. The makers of Hiriko are planning for the large-scale production soon. The automobile industry – watchers have received this foldable electric car model well, when the makers unveiled it a couple of weeks ago. Hence, one can expect the electric car – Hiriko flooding the roads of Spain soon next year.