Home » Tech » Get the Best from Your Camera Phones with Swivl! 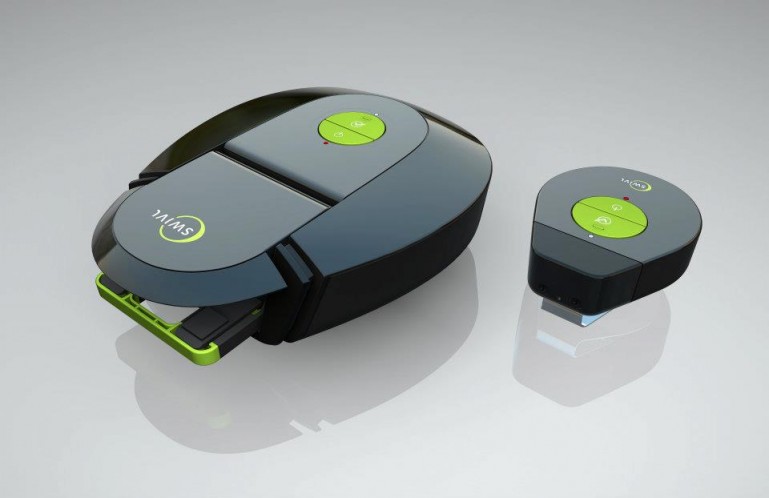 There was a time when camera phones were the hottest gadgets that one could ever have. As time has passed, now phones with a camera are not pretty big deals! Continuous innovation in mobile cameras has led to the production of some sensational camera mobile devices! These phones with stupendous camera facilities can take images of you with a quality that is nothing short of the quality of an image taken in a real camera! Now, many of the smart phones come up with two cameras at both the front and rear ends! As the scenario is like this, here is a new type of accessory, Swivl, which almost converts your camera phone into a personal camera operator! Let us see what actually the Swivl phones can do!

Swivl is nothing but a stunning accessory for the camera mobile phones that can enable your phone to work like a camera operator! A California based company, named Satarii, is soon going to launch the outstanding accessory that will help you to get a completely new use from your camera phones! Swivl is actually a device that consists of a motor and a mounting stand! When you place your camera phone on the mounting stand, Swivl enables your phone to shoot a video or helps you to perform video chats with absolute easiness! Even though we may have top-notch camera facilities in our mobile phones, it was always difficult to do video chats by holding the phone steadily. Filming yourself perfectly by holding the camera phone in your hand was also not an easy task even though if you had a front-end camera! Now, Swivl phones come as the solution to such inconvenient problems you face, when using your camera mobile phone! To help to film yourself perfectly without the help of others, Swivl phones come with an awesome tracker that will track all your movements when you are in front of it! This tracker actually works with the help of a small marker! What you have to do is, you have to clip the small marker in your body anywhere! That is it! You can start filming yourself! Your camera phones will capture every action of you with great perfection! Once you place your camera phone on Swivl device, it will automatically trace your movements and will allow your camera phone to move in all the directions to capture your movements. This is because of the support from a motor, which rounds 360 degrees all the time based on your movements! You can even stop the movement of the motor so that your phone makes a fixed point shoot to help you to perform a perfect video chat! Thus, the Swivl phones enable you to get the best from your camera phones with a hands free approach. If you are an iPhone user, then you have extra benefits using Swivl. You can charge you iPhone when you place it on Swivl device with the help of a built-in power connector. In addition to this, you can also control the video shoot of your camera phones even with the help of the marker!